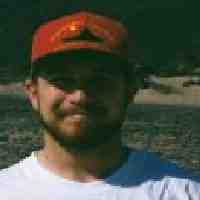 Philip G. "Tuff" Andersen, BSCIS, is the Principal of Computer Operations at INTLVRC. Mr. Andersen has been with INTLVRC since 1993 and his primary responsibilities include the upgrading, maintenance of, installation of software and programmes, and the general operation of all the INTLVRC computer systems. In addition, "Tuff" has been involved in the algorithmic processing of volcano data and has participated in expeditions to volcano sites including Sunset Crater in Arizona, Amboy Crater & Ubehebe Craters, both in California, and Mt. Pelée in the French West Indies, the Paramore Crater expedition in Arizona in the United States. Mr. Andersen also collaborated in the INTLVRC analysis of volcano Guagua Pichincha in Ecuador. Mr. Andersen was recently promoted to Manager of Application Development for the MiniCo, Inc. corporation located in Phoenix, Arizona. "Tuff" is truly an award wining person ! In 1998, he was awarded MiniCo, Inc. corporation's January & also the November 1998 "Employee of the Month" awards. Also in 1998, "Tuff" won the "Beyond The Call" for the year 1998 from MiniCo, Inc.. Lastly, "Tuff" has won the MiniCo "Employee of the Year" Award for 1999. "Tuff" is a graduate of the DeVRY Institute of Technology, Phoenix, Arizona, receiving his Bachelor of Science degree in Computer Information Systems in 1996. "Tuff" lives with his wife, Melissa and 3 children in Glendale, Arizona.